skip to main | skip to sidebar

This blog has moved! Learn more about:

SEE the WILD and SEE Turtles 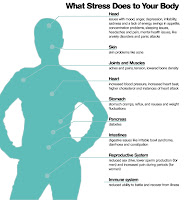 Posted by OCEANREVOLUTION.org at 10:14 AM No comments:

Posted by OCEANREVOLUTION.org at 4:49 PM No comments:

Posted by OCEANREVOLUTION.org at 1:16 PM No comments:

BLUEMiND2: Where Nostalgia Is Born

BLUEMIND2 will be held June 4-5th in Nags Head, Outer Banks, North Carolina The event will be broadcast live here, as well as at MindandOcean.org
Posted by OCEANREVOLUTION.org at 8:06 PM No comments:

The Ocean is the single biggest feature of our planet.

From one million miles away we resemble a small blue marble, from one billion miles a pale blue dot.
The Ocean covers more than 70% of the Earth's surface, holds more than 80% of its biodiversity and 90% of its habitat.
Phytoplankton in the Ocean provide more than half of our oxygen and provides the basis of the primary protein for more than a billion people.
More than half a billion people, mostly artisanal fishers, owe their livelihoods to the seafood industry.
Humans have derived unmeasurable inspiration, joy, recreation and relaxation from the Ocean for millennia.
But WE have treated the Ocean poorly, and it's decline in recent decades has been catastrophic for our planet and its people.
WE have put too much into the Ocean, in the form of oil, sewage, fertilizers and pesticides, antibiotics, plastic pollution, noise and increasing levels of CO2.
WE have taken too much out of the Ocean by subsidizing and encouraging inefficient and destructive overfishing, bottom trawling, long-lining, purse seining, dynamite fishing, irresponsible aquaculture and illegal hunting.
WE have destroyed the edge of the ocean--places like wetlands, kelp forests, mangrove forests, river deltas, coral reefs and seagrass beds--where diversity and abundance once thrived, now turned into dead zones growing in size and number.
As a result of OUR behavior, the wildest animals and most remote beaches on the planet carry plastic in them, coral reefs are on the verge of disappearing, shark populations have been decimated, the ocean is warming and becoming more acidic and fisheries are predicted to collapse globally.
This situation will only continue to spiral downward, unless we listen, learn and change.
To slow, stop and then reverse this trend will take immediate, widespread and drastic actions, not isolated, small and incremental adjustments.
The control large corporations have over our political processes must be severed, bold legislation enacted and new behavior patterns widely adopted.
We need an Ocean Revolution.
The passionate individuals, organizations, expertise and solutions needed to do this exist around the world.
What is needed is a massive boost in personal and political will alongside strong actions and louder voices.
It is OUR coast and OUR Ocean.
The time is now to Occupy The Ocean.
[This is a living document: repost this anywhere you like, personalizing and adding to it as you will, in support of your good work for the Ocean]
Posted by OCEANREVOLUTION.org at 10:56 PM No comments:

BLUEMIND: Your Brain On Ocean

-Wallace J. Nichols, PhD
"We are more than logical. We are human." - Jacques Yves Cousteau

On June 2nd, BLUEMIND Summit: www.mindandocean.org at California Academy of Sciences (join our livecast), followed by an Ocean NightLife event...always a favorite.

What Would Jacques Do? 100 Years of Oil + Plastic

Jacques Yves Cousteau spent halcyon days gliding above and beneath the ocean. He lived among the largest mammals and sea drift. He was the master educator and voice for the sea. And so, on this, the 100th anniversary of his birth, it is a sorry state of affairs that we cannot celebrate the legacy of his ocean life, but instead it is the centennial of our own legacy with oil, plastic and associated toxins we must confront. One hundred years ago, 1910, the fossil-fuel-based plastics industry was born, as was Cousteau, and thus began the first plastic century.

Plastic is made from oil and gas, plain and simple, yet we do not think of oil or plastic pollution when we think of Cousteau. We think mostly of how he inspired wonder in us. We wondered at life aboard the Calypso with its salty crew. And, this wonder for the sea has engendered generations of people to become oceanographers, biologists, divers and simple lovers of the sea. But, if we do not make the serious connection -- now -- between the legacy of Cousteau and our legacy with petroleum we will sully the memory of the man.

Yet, the memory of the ocean was hardly what Cousteau was all about: he was really about the future of the ocean. He was always looking ahead -- not behind. He wanted people to have knowledge so that they could have foresight. His great genius was not that he made you want to go swimming today; it was that he inspired you to want to know deeply and explore constantly the ocean in the immediate future, and always.

"If we were logical, the future would be bleak, indeed. But we are more than logical. We are human beings, and we have faith, and we have hope, and we can work," he said.

Right now, however, we have our thinking backwards; we are watching a reckless and inane "clean up" of the Gulf of Mexico play out in slow motion. What can we imagine he would say right now? Would we listen? Would we nod our heads with a sense of security that the great man was leading us, teaching us, telling us how to get out of this mess? What would he do? Would we join him?

Who knows, but a good guess is that that great lover of the sea, and great pragmatist for the environment might be furious. Enraged. Heartbroken. One can imagine at the same time, the man rallying us to demand substantial legislative changes, responsible action from the oil industry, and a global systemic shift away from oil/plastic/toxins because our very lives depend on it. His line in the sand would be deep and long.

But, he's not here, is he? Yet, his 100th birthday is right before us. His legacy of an ocean is literally mired in the slick dependence we have on oil. So, let's make the list that a pragmatic leader like Cousteau might offer.


• Tell someone each day what our Ocean Planet, our one and only blue marble, means to you. Describe how you love it, why you want to see it and hear it. Love is stronger than apathy, and your vision for the future of what you love can impact people. Use all of the media at your disposal to share your oceanophilia, get in on rallies, letter writing and vote for the ocean.
• Stop pouring toxins, any toxins, into the drains around you, onto your food, into your tank or into your body: you can show BP what responsibility looks like -- what you don't pour down the drain won't get to the ocean. "Think tank," you might say. Think about what goes in it and what comes out.
• Remember that great people leave Earth, but plastic never does. Reject straws, coffee lids, forks, or anything plastic you use once then throw away. First off, they are made of oil and gas and can make you sick. Second, when they end up in the ocean they make the ocean sick. Try as best you can to free your home, school and business of single-use disposable plastics.
The time is now for us, the lovers of the sea. We cannot wait for a great tide to take the oil, and our need for it, away to a magical place. And, we can't wait for the memory of great people to inspire us to change. We must honor their memory by doing something great ourselves.

Ask yourself, "What would Jacques do?" Act as he would. Because we are all ocean activists now.

Wallace J. Nichols, Sarah Kornfeld, Jake Dunagan, and Stuart Candy, are a hybrid art- science-futures collaboration. Their installation Plastic Century is an interactive installation created for the California Academy of Sciences that explores the relationship between plastic, people, and the environment over the 100 years since the birth of Jacques Cousteau. The installation will be at the California Academy of Sciences June 3rd and June 10th. The Plastic Century Team is currently in residency at the Gray Area Foundation for the Arts (GAFFTA), in San Francisco.
Posted by OCEANREVOLUTION.org at 12:39 PM No comments:

This blog runs on donations

Tell us how you LIVBLUE

OCEANREVOLUTION.org
is a global movement of people and organizations working for the common cause of a healthy, wild, productive planet. Simple.